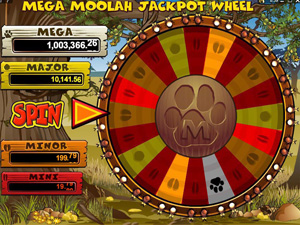 Tuesday, October 6, 2015 will be a day Jon Heywood will never forget. After seeing a television advertisement for Betway the British Army soldier thought he would open an account and try his luck. After only 7 minutes and playing 25p wagers Jon was awarded a spin on the jackpot wheel. And that spin netted him £13,213,838.68, breaking the world record for an online progressive jackpot win.

When asked what he plans to do with the money, Jon replied: “The first thing I will spend it on is the best possible medical treatment for my dad. That’s more important than anything. Family comes first and I’d give all this money back for him to be healthy again.”

The Mega Moolah progressive game randomly awards players with the chance to spin for one of 4 prizes:

The MEGA jackpot was last won by Mark A. from Saskatchewan in April of 2015.  Mark won an incredible $7,562,019.94 playing Mega Moolah at Royal Vegas, one of the more popular online casinos for Canadians.

Slot of the Month 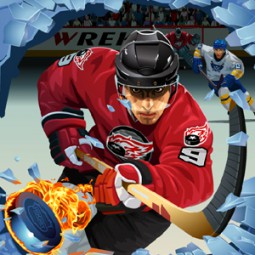 It's OUR game, Canada! Break Away is a hockey-themed online slot with a top prize of 1 million coins, Smashing WILDS, free spins, and 243 paylines. Try 20 real-money spins for FREE - no deposit needed or read the full review for more info.

Poll of the Month 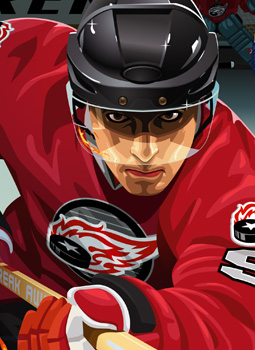